I think listening is such an important component of the musical creative process that I can see exploring this again in the future. Thus, part one.

Think about it. When was it? What was the music? Where were you?

All right. Now the next question:
Think. Identify everything you did while you listened to that music. Were you driving? Eating?Cleaning the house? Sitting and letting your mind wander? Reading a magazine? Sporadically checking texts and social networking sites? Talking to someone? Thinking about the lyrics? Or were you just sitting there, actively engaged in listening to the music.

Last question:
By "active" listening, I mean you are really focused and paying attention to the music and just the music. It doesn't mean that you need to be involved in a deep harmonic analysis while you listen. But it does mean that non-musical elements (distractions, mind wandering, other activities) aren't present. Active listening can be thought of as sitting down with the intention of listening to a recorded piece of music with the attention you would offer a live performance.

"Passive" listening would be any listening that is not completely focused on the music. Now, this isn't necessarily a bad way of listening to music. Music often serves a function that is non-musical. Using music to create a particular mood has been in common use since the earliest rhythms were played. Music can be used to enhance religious ceremonies, to motivate exercise, to dance, and even to just accompany you during a long drive.

Now there are degrees in between active and passive. Listening to music alone in a car allows for more attention to the music than say talking with a friend. Nonetheless, the more you can focus your entire attention on the activity of listening, the more you will get out of the music.
What does listening have to do with creativity? Nearly everything. People can be creative only if they have the proper tools. One of the primary tools is a knowledge of how others approach the art form. Artists need to absorb the style and form of the past masters. This knowledge will inform them as they create. For musicians, this is done by listening. 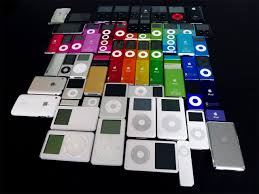 Each new technological advancement has changed the way we listen to music. From wax cylinder to vinyl, 8-track to cassette, CD to MP3, each step has seemed to give consumers more access to quality recordings. However, this last step to the Internet domain has changed how we consume music most of all. In the past your access to music may have been limited by your CD budget. With services like Spotify, we have a massive collection of music at our fingertips. Once, seeing performers play on stage was only possible with a ticket. With Youtube, you can easily watch performances of the greats, both past and present.

This overwhelming access to music can paralyze me with options. In the past, I would explore every nook and cranny of the limited collection of albums I happened to own. Because of this, there are albums I have thoroughly internalized from the pre-Internet era. Albums like Bill Evans' "Portrait in Jazz", Bob Dylan's "Blood on the Tracks", John Coltrane's "A Love Supreme" and the Beatles' "Revolver" are now in my musical DNA. Why? Because they were some of the few albums I had access to growing up. I have internalized the melodies, lyrics, and form on a deep level. As a result there is an emotional connection to these works. Listening to them now is as comforting as a warm blanket.

In the mid-2000s, music was beginning to make itself available online and I was amazed (and overwhelmed) at the options. At first, I was the "kid in the candy shop" with paid subscription services like Rhapsody and the now-legal Napster. I explored the online collection with zeal, hopping from one artist to another without really devoting time to their work. While this was fun for a bit, in the end I felt I was missing the deep experience I had when I focused on one work. 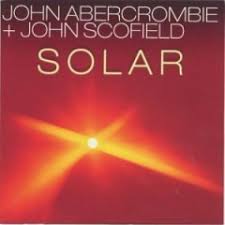 In 2005, I decided to perform an experiment. Longing for the old days of getting deep into just one album, I bought a cassette for 99 cents from a record store that was going out of business. It was "Solar" (1983) by guitarists John Abercrombie and John Scofield. My Saturn had a cassette deck (not a CD player or MP3 hookup) and I was looking for music to play for the drive. For some inexplicable reason, I told myself this would be the ONLY album I would listen to for a year in my car. I never heard it before, I only knew the artists were respected players. And it only cost 99 cents.

In 1983, these two young lions were just beginning to burst onto the scene. Scofield just finished his gigs with Miles Davis and you can hear it in his playing. Abercrombie had that Berklee thing going with a little bit of fusion and he was also developing a voice with his compositions. These guys were just in the middle of a special time in their musical exploration.  The recording quality of the album is uneven but the playing is solid. The collective improvisation they explore have the quality of a baroque invention (with the liberties allowed by jazz harmony and rhythm). To this day, the opening choruses of counterpoint from the title track are burned into my brain.

With each listen I discovered new gems.  For example, there is one glaringly dissonant "wrong" line in "Small Wonder". Sco starts his solo by playing this really outside line that resolves in a strange way. The first dozen times I heard it, I just thought of it as Sco trying to correct a line gone awry. Now I am certain this is what John heard and intended (even if it wasn't!). And now I can think of no other way he could have started this solo (although obviously he could have played anything). It is kind of like Ray Nance's famous trumpet solo on Duke Ellington's "Take the A Train". While it was first improvised on the recording, he played it the same way each night they performed. That is what the audience expected!

The car afforded me the time to absorb this album. However, I am certain the results would be more powerful if I was on the couch with eyes closed. The more active the listening the more deep the experience.

I'm going to do the challenge and post the results!